From my teenage years I wrote poetry and short stories, greatly influenced by the tastes of my older brother. They were basically sixties tastes, from D. H. Lawrence, J. P. Donleavy and Edna O’Brien to e. e. cummings, Dylan Thomas and the British Pop poets. At art school in the early seventies, they broadened to include Kurt Vonnegut, Richard Brautigan, Ken Kesey and Thomas Pynchon, still pretty much tracking the times.

Attending film school in London, my tastes absorbed science fiction (from Philip K. Dick to William Gibson) as well as other contemporary fiction and drama. The attraction of movies was in large part a way of combining pictures with language and stories, sound and music. It seemed the most complete of arts – still does. At art school I started making super-8 movies that had inter-titles or captions (there was no option for sound). So I was soon thinking about stories and eventually when I got to film school this was done on a more formal basis,  sitting down with others and writing properly formatted scripts or preliminary treatments on a very tight schedule, only to watch them steadily being butchered by ‘the production process’. Script-writing continued after I left film school, either to submit for funding, or just for my own short films (see  Filmography).  But film scripts are a very unsatisfactory form of literature. They don’t even have the status of plays, which at least stand for repeated performances, even with extensive interpretation. Film scripts are even more provisional, even more convoluted and fragmentary to read. Not surprisingly, my film scripts drifted into short stories at times, just to make for a better read. But I’m not offering anything from the 70s or 80s here.

Instead I’m providing work from the 21st century. This falls into roughly two phases, 2006-2009, and 2010-the present. The first was a period of great stress for me, following my failed doctoral studies. I didn’t have a studio so I couldn’t really paint and hadn’t really taken to digital graphics just yet. Following the protracted period of writing for the dissertation (2001-4) I had begun writing a lot of casual art criticism, pretty much daily in a blog. Fiction provided a release from that as well. Some of the shorter pieces were written as comments for the blog They Eat Their Young, mostly from 2007. Many of these are around 500w or less and would probably fit on this page, but for the sake of consistency I’m presenting them all as PDFs. The second phase are longer pieces (including two novels) and were written to vent various frustrations, explore dreams or schemes. They are the last vestiges of having been a movie maker, story teller, language lover. I’m listing them here with most recent uppermost.

A policeman on special duties falls for a renegade rock siren.

A retired scientist devises his own modest superhero in a suburban garage. 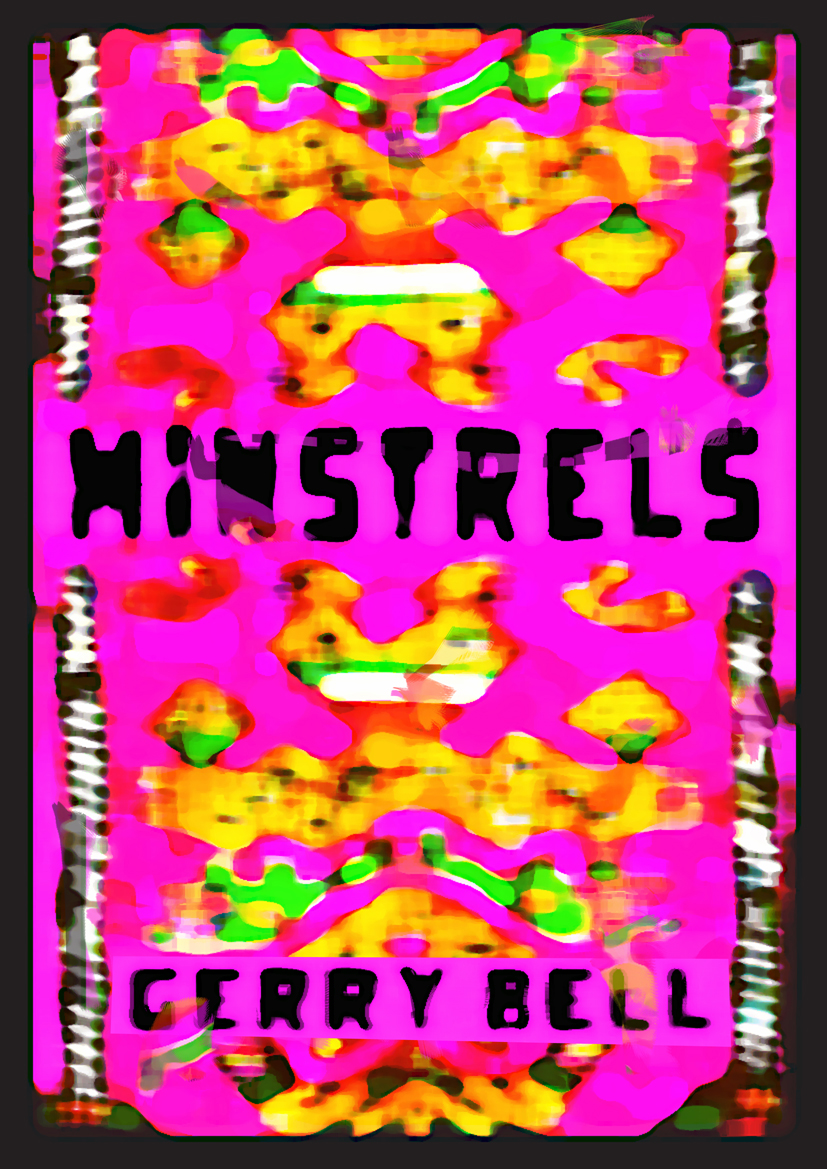 A famous performance artist visits an arts festival in South America and is involved in a murder mystery. 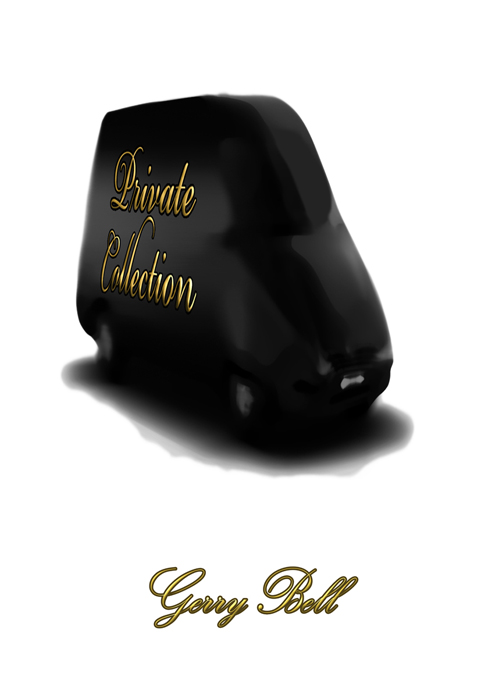 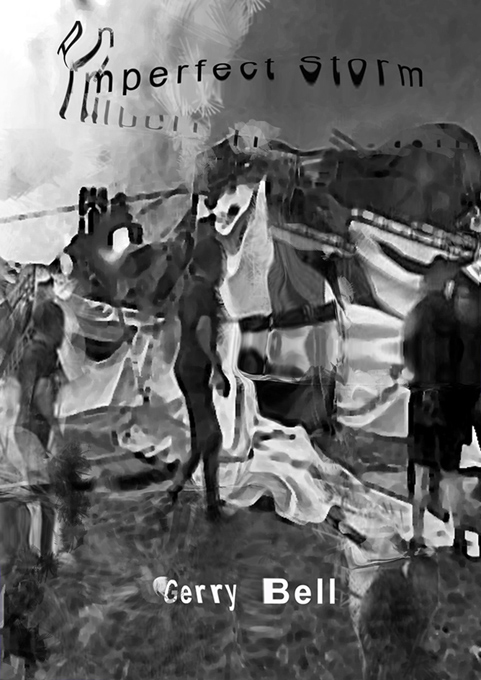 A heavenly beauty descends to earth and a retrieval team are sent to find her.

A post-graduate researching an obscure corner of digital modelling is drawn into an intrigue over encryption for satellite communication. Argyll Walker, from the nation of Blaxland in Australia, agrees through academic circumstance to install experimental encryption on key satellites for a global government. The government draws advice from interactive software called CAESAR. CAESAR’s assessment of the new security is compromised by corporate conspiracy and corruption however. Argyll is offered a place at Soames, a prestigious university at the government’s capital, ROME 7.3 as reward. This is later withdrawn when the university is implicated in the deception.  Argyll, or ‘Gyll’, glimpses this elite world, embarks upon a romance with one of its privileged daughters, Tiffany Long, but is expelled when politically expedient, to return to Blaxland a pariah in academic circles, adrift outside of them. He finds work as a drone pilot and eventually discovers this too is rife with subversion. Contacts lead him into an ambitious cattle mustering enterprise by drone in central Australia – the nation of Gondwana – where the same dark forces emerge undermining national security and commerce. This is a surreal black comedy on globalisation. A prime target is academic and commercial advantages traded in international politics. The theme is one of decline or descent in standards and independence.

In a hypothetical world, a tiny and remote country called Abkr inexplicably comes to dominate scientific and economic achievements in just a hundred years. Their secret remains while the rest of the world fears Abkr’s mysterious weapons. These permanently remove objects virtually without trace. The stand-off lasts twenty five years. But when Abkr rescues the space station of other nations through the use of their own, there is a thaw in international relations.

A conference is held in the capital of Abkr, and the world’s governing council attends, along with representatives from other great nations. It is to be an eager rediscovery of the country. The council enlist the services of a retired professor, an expert in the culture and languages of Abkr, but he proves of little use. However, as he picks up the threads of a place he visited thirty years before, through old acquaintances, he slips deeper into the country without official permission. He is drawn into its internal politics, its regional and tribal factions, and their peculiar religion – Rsit – the worship of knowledge. He learns how these provide both the springboard for impressive invention and discovery, but now also profound corruption and conspiracy.

The Professor, as he is known throughout, travels from the front of the country, its prosperous plain, through a central administrative region of highland lakes to the back – the mountains of ‘The Abk’. There he sees how the furious dedication and rivalry of the rural tribesmen descend to comic and infantile levels; are carried to tragic conclusions. For these are the tribes ultimately sacrificed in Abkr’s enormous success. The Professor’s guide, a renegade militia leader or ‘private security consultant’, known as Rain Pleases, plots an escape for them, once their forbidden journey becomes known. They travel to Rain’s tribal land in the north eastern corner; the depressed mining towns of The White Clay tribe. From there they plan to cross the border over a final, high pass. But as The Professor’s personal motives become clearer and his suspicion and disillusionment grow, his participation falters. The story ends with a tragic/comic race up the icy slopes, as tribal members sing a traditional farewell.

This is a satirical allegory on international politics and global policies, and the quest for a mythic ‘grass roots’. Issues including democracy, economics, advertising, law, education and religion receive comic treatment. A more serious theme is in the importance of language, its preservation, translation and to differences between written and spoken forms. Much of the secret to the title lies here. The satire accordingly extends to literary forms, to pastiche of folk and children’s tales, academic description and paraphrase, science fiction, surreal and poetic treatments of mythic and romantic elements. The world is thus summoned not only through a geographical journey but a literary one, commencing with the flat prose of hypothesis, to end in the lyrics of folk song or prayer.

The following are in order of preference