10 ADDITIONAL PAINTINGS FOR THE PLACE GALLERY SHOW PLUS TWO EXTRAS

These paintings were done between April and July 2012 at my studio residency at The Maroondah Art Gallery, in Ringwood, Victoria. For the most part they closely follow the drawings I did earlier in the year. That was the plan. I didn’t have time to just let these things evolve. I needed about eight works finished by July. So I hit the ground running with a clutch of transparencies and an ancient overhead projector. Most of these works will supplement the Cityicity works from 2000 in my show in August. The exact numbers will be worked out at the hang. I may do a post of the final selection.

In works from 2000 prominence is often given to weather and time of day to emphasise the breadth of factors available in assessing a presentation or display. See the notes to Cityicity for more on that. In works from 2012 this shifts to the inclusion of foreground figures and situations. Can foreground figures still be about the setting or does the setting become about the figures? While the possibility occurred to me in 2000 (see Mercedes, or Outside The Civic Centre) at the time it felt like one too many factors to deal with. I tended to leave the cities deserted.

A lot depends on the type of figures obviously and I thought hard about typical street people, shoppers, tradespeople, deliveries and so on. They were too easy. More peripheral, transient figures seemed more challenging – travellers, tourists, cyclists, buskers still seemed to signal a city without being too stereotypical. Of course, given my inclination to outsiders and alienation in earlier series like Workouts (1988) Domestic Routines (1990-2) and Car People (1993-4), this is not an entirely surprising choice. And the fact that I should now allow the series to echo earlier work in this way is part of the stocktaking, here. Adding to Cityicity was always going to be a retrospective exercise.

Notes continue at the bottom of the page. 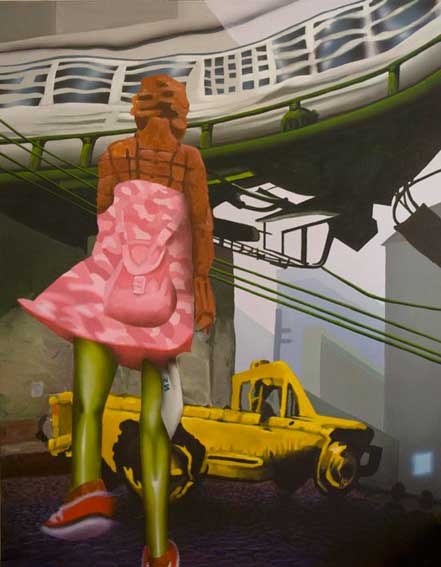 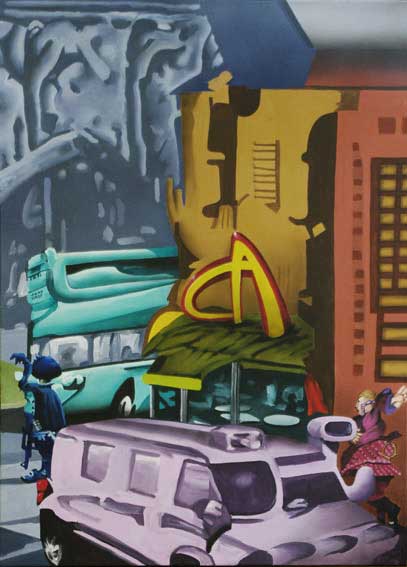 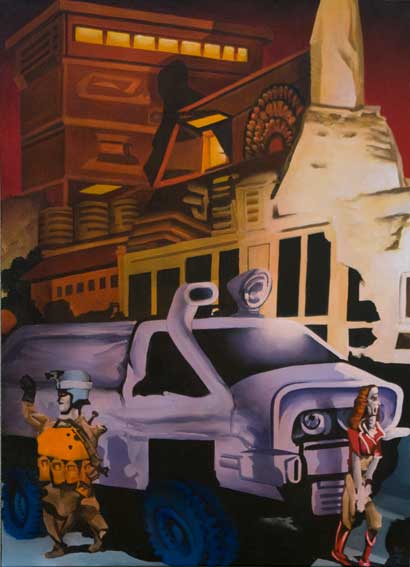 In other ways, the series gathers inflections from my later work. Militancy or disruption are declared in The Dead of Night, hinted at in the collapsed (bombed?) roof in Footbridge, the army-green pick-up in Rundown, even the suspiciously uniformed crowd in Nightspot. Here, as noted in the Drawings 2012 notes, the series is really on the way to being about something else, or a different series. Still, it was interesting to find points of departure.

One of the problems with working so quickly from detailed drawings – for me at least – is that the resulting paintings tend to be a little too linear, a little too smooth, because so much of the working has been done beforehand. It’s hard to know how to remedy this. It’s something I became increasingly aware of, particularly with the larger works like Going and Rundown. I kept trying to loosen them up and then getting scared by the deviation from the drawing. It’s something I want to work on in my remaining studio residency time. Significantly, one of the more successful works for me has been Hong Kong Garden Takeaway, for which I did no finished drawing. I just worked from the Photoshop file, which meant there was still a fair bit of adjustment done on the canvas and I think it gains a bit more fluency for it. The Privacy paintings have the same problem so far, but I hope to do more of those and get a little less dry and linear there.

Like the Privacy paintings, these were done in the studio time remaining following the completion of the Cityicity 2 paintings. And like the Cityicity 2 paintings, they’re based on drawings from earlier this year – Resettlers and Disambiguate This (now called Checkpoint Charlotte). I’m calling them Crusade Culture 2 here, but that may change. The drawings sprawled over several themes, as I’ve said. I just used those that seemed most appropriate for the Cityicity exhibition while others are closer to Crusade Culture. There are really two themes going on in that direction. One is massive disruption or disaster, either natural or man-made, attended by armed figures. The other is an equally policed retreat or resort. They may be private estates or some sort of compound or gated elite. Costumes for both inhabitants and guards are a mix of historical and futuristic. There is definitely more of a surrealist tone. Just what that means, I’m still working through, but here I present an example of each.

They’re more fragmented and broadly worked than the Cityicity 2 works. I’m gradually becoming more comfortable working easel-scale. In other respects, the figures are not just party to the setting now, but take control of the subject. Those are the main differences I’ve worked toward. I’d loved to have done more, had circumstances allowed. At least I’ve been able to push things along a little. I’m pleased with the brushier passages and ominous undertones. 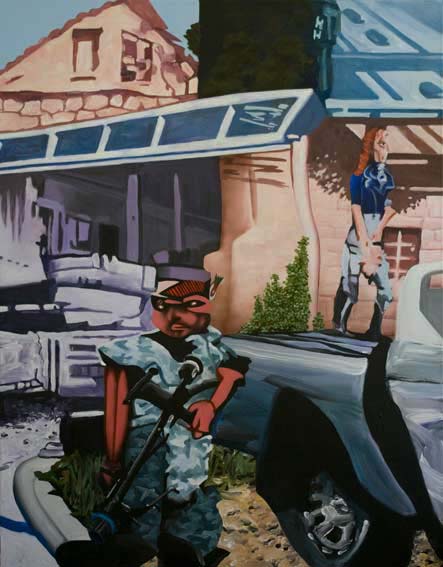