This is a suite of 15 small paintings from  late 1999 to early 2000 – 30.5 X 38.1cm, acrylic on board. They’re supposed to be arranged in a line so that the ones to the left of middle look inward, toward the central kissing couple, as do the ones to the right.

I don’t know what that’s supposed to mean exactly. It just made for a satisfying arrangement.

The series title was meant to allude to movies and they are conceived as characters. These were painted right after my series of ten portraits of twentieth century intellectuals, LIKENESS. They’re more successful, I think, for being non-specific and allowing me more freedom. In fact I count them amongst the best things I did pre-2000. 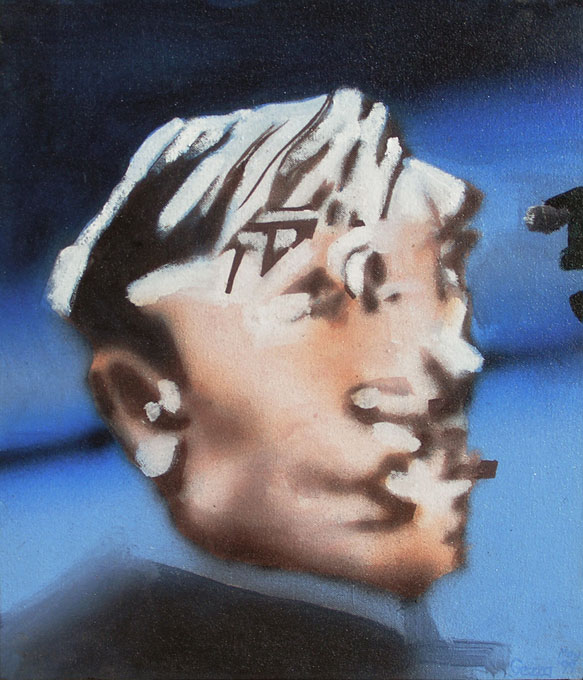 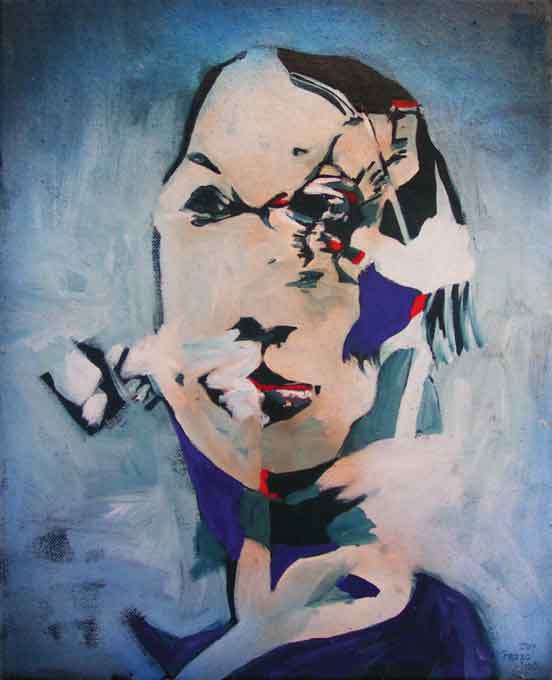 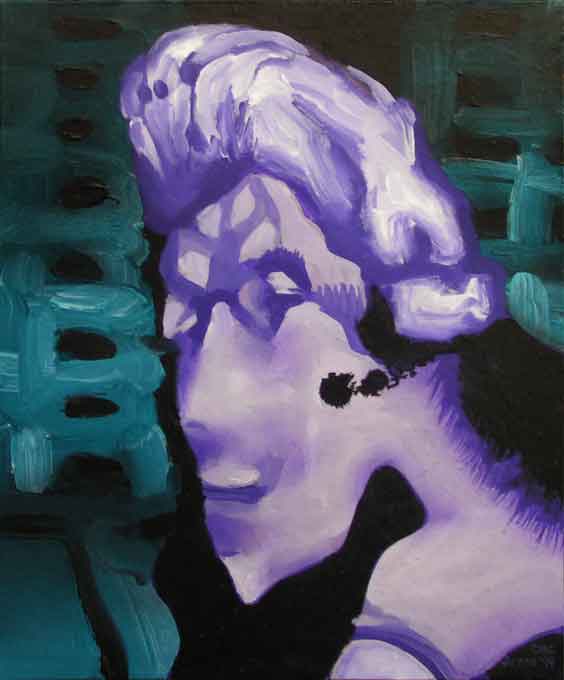