67 DIGITAL SKETCHES ON THE THEME OF DOMESTIC ANIMALS

CREATURE COMFORTS is the result of an unlikely convergence of two streams in my work. One concerned domestic animals, pursued as a contrast with the vanishing wildlife of the 2015 series, ENDANGERED SPECIES. The other concerned pictorial abstraction, a reflexive display of two-dimensionality addressed in the 2014 series, ENCRYPTION, pursued to graphic design (and text) in the 2016 series, FIFTY FICTIVE RECORD COVERS. How did I come to put the two things together? It occurred to me there were parallels between cultivated versions of natural creatures and versions of pictorial fundamentals. Abstraction organised a picture into a pattern, made for nature within a frame. Domesticated creatures made more of the pattern; stretched a frame to its creatures. Each made for a more comfortable understanding; hence the series title.

The creatures are thus a metaphor for an underlying pattern to pictures, the pattern a metaphor for the efficiency and comfort of cultivation. This was intended as a modest series, although the results are perhaps deceptively simple. A creature is conspicuously framed for repetition or variation, the setting ambiguous about spatial consistency. Yet creatures here are not quite at home in their surroundings, their surroundings more a matter of pattern than picture. Comfort extends not much past boundaries, creatures create adverse versions. The series affirms broader convictions.

NB: It has been pointed out that (many) sub-pages can be just as tedious for viewing as a long string on the main page. So with this series I am allowing more variations to the main page, in some cases separating them in order of appearance to avoid monotony and only using a sub-page where the variations exceed four. This makes for a longer page than previously, but involves less toggling to sub-pages.

Sixty-seven works was always going to be a challenging presentation.

More notes at the bottom of the page. 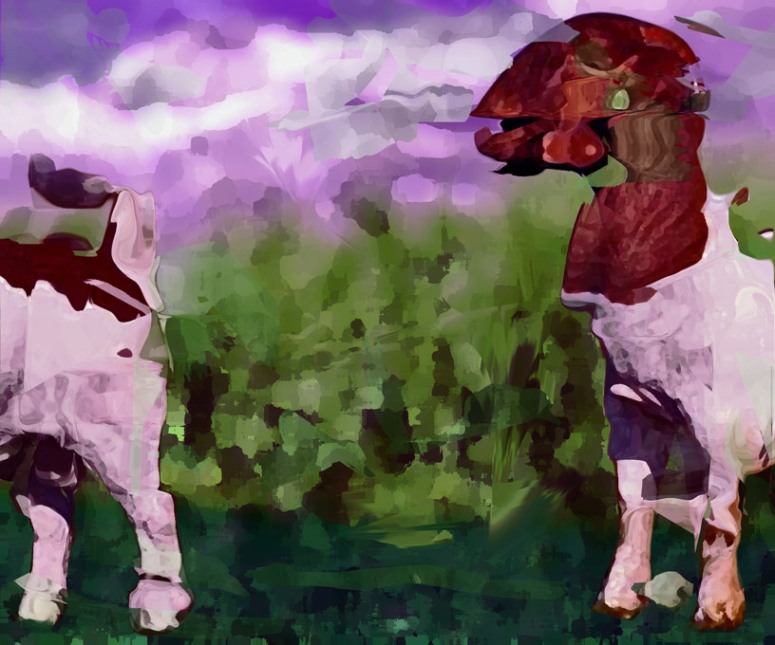 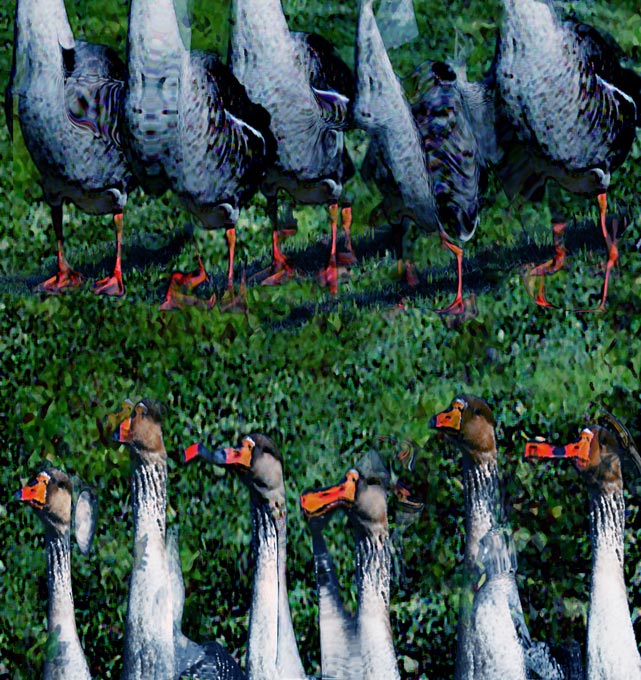 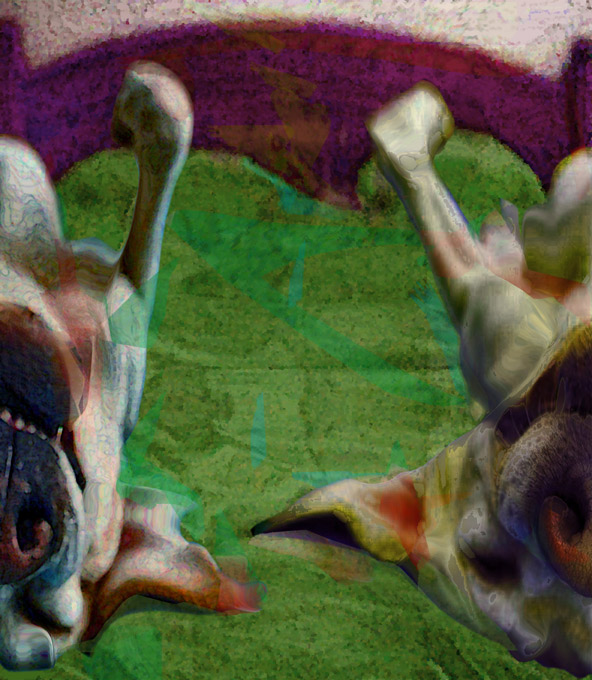 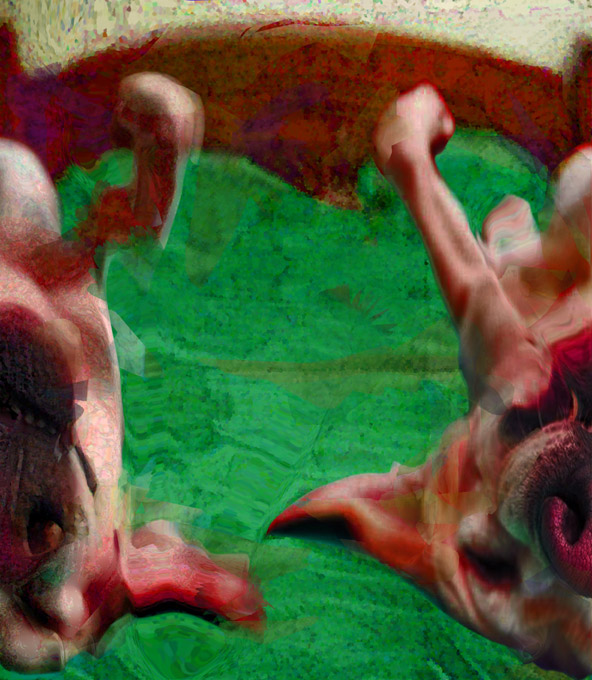 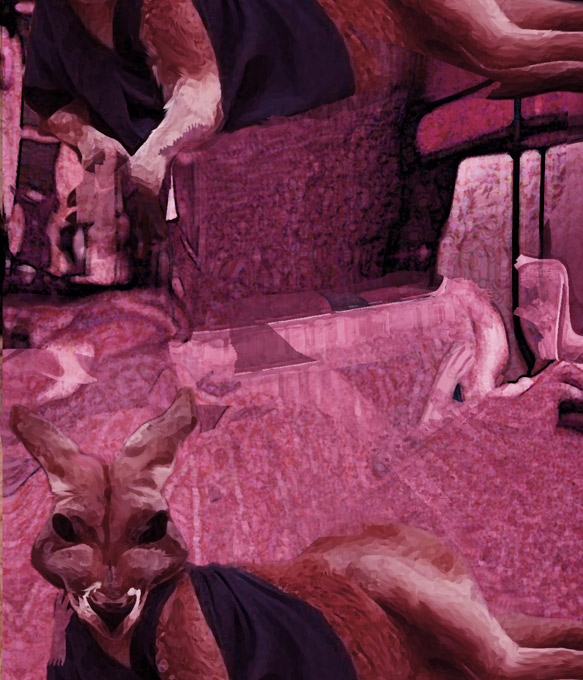 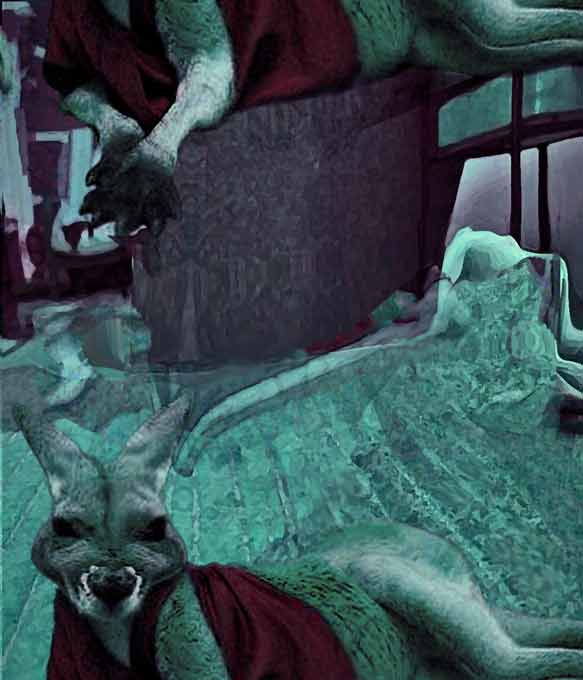 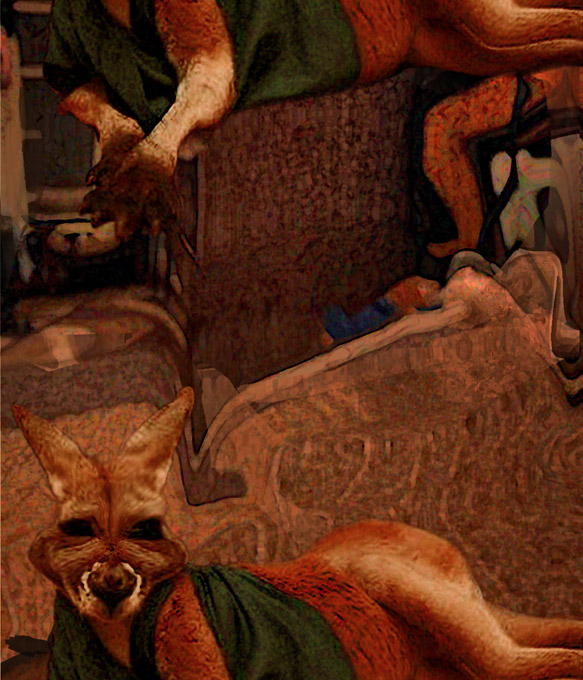 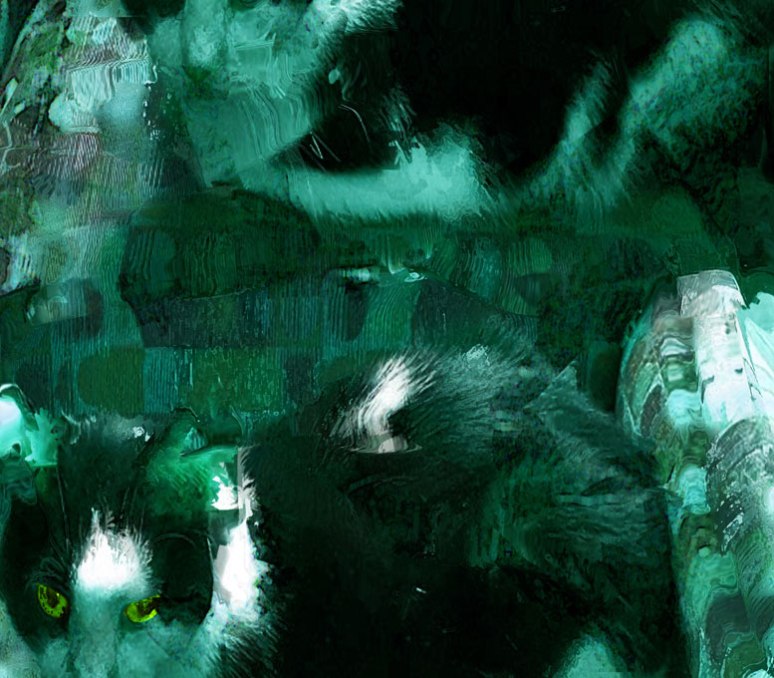 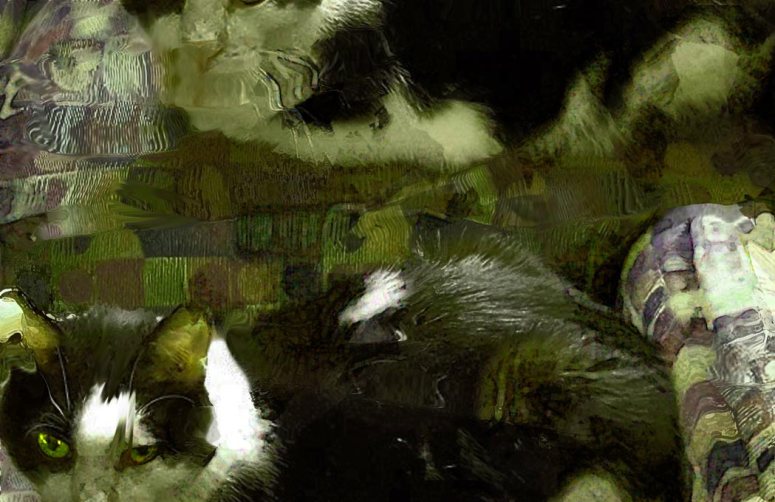 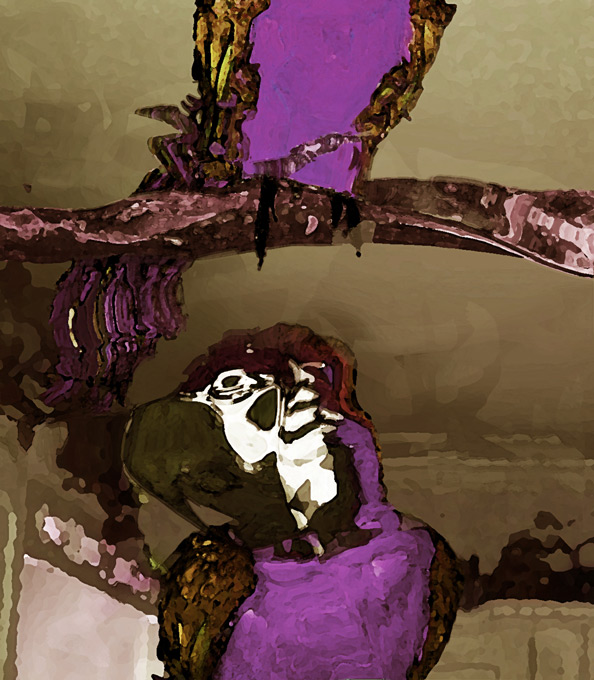 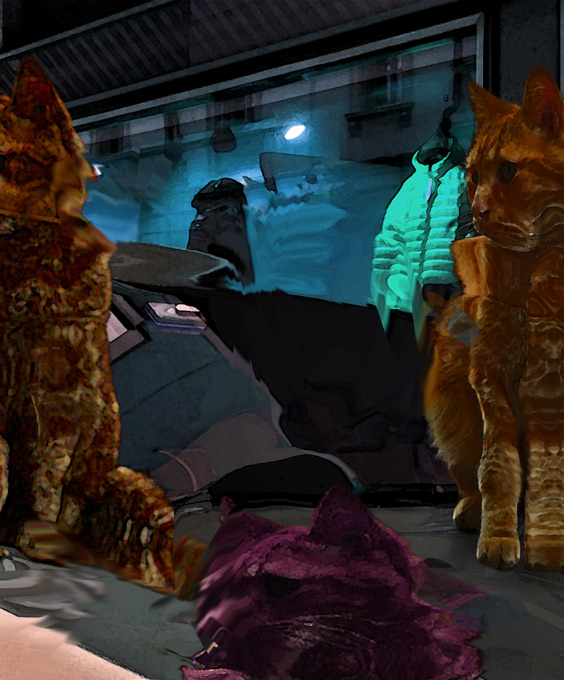 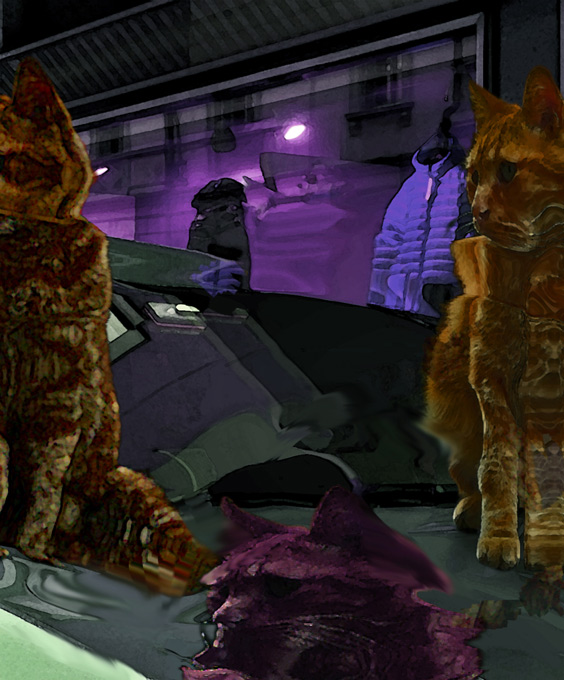 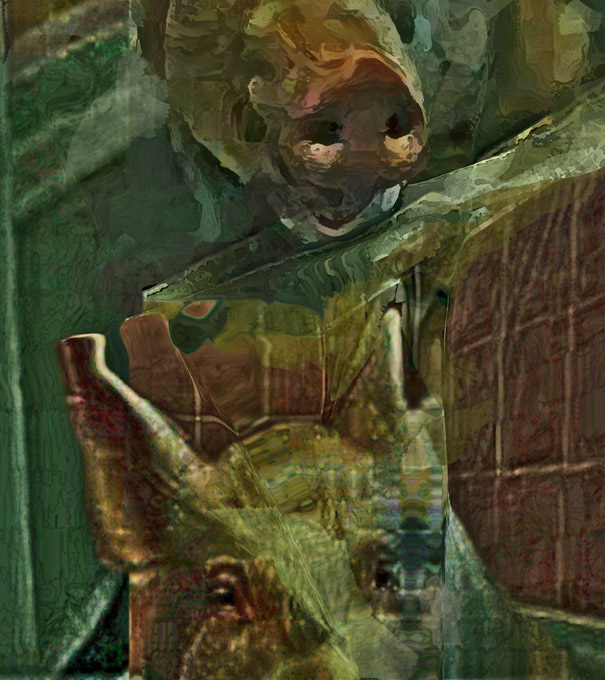 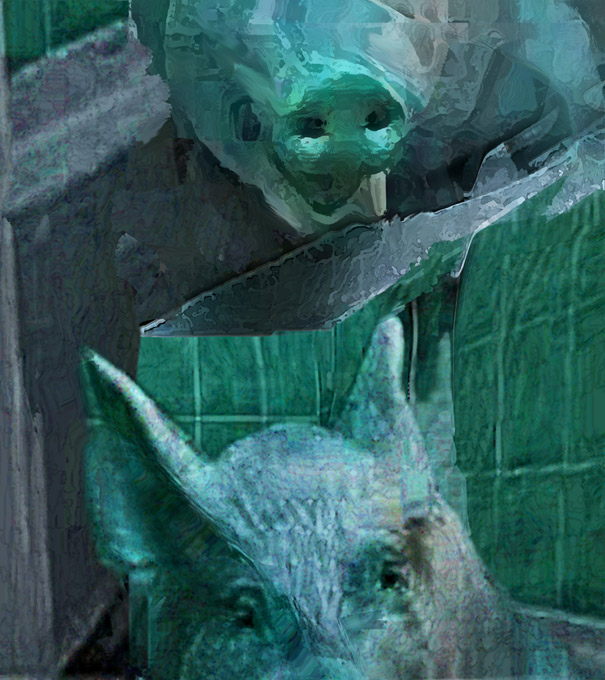 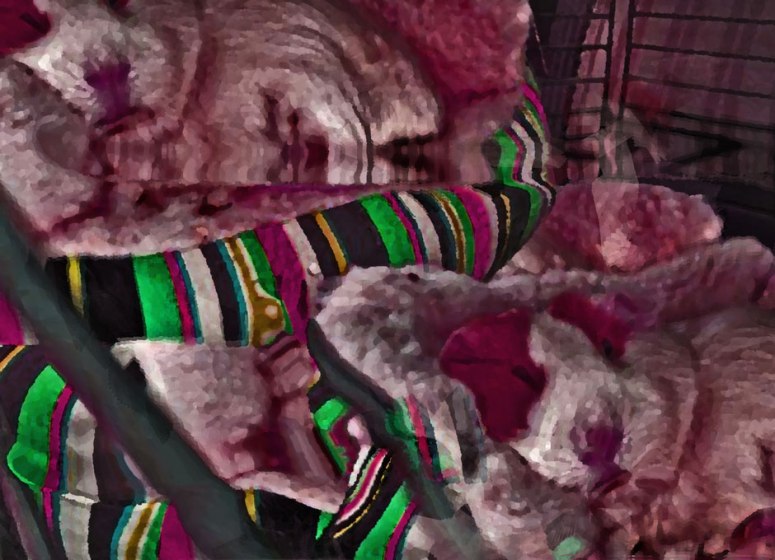 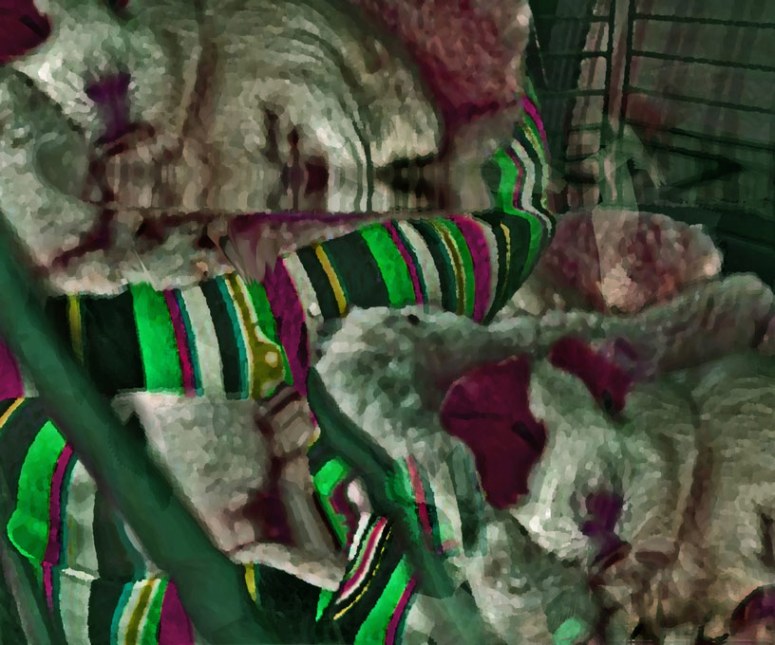 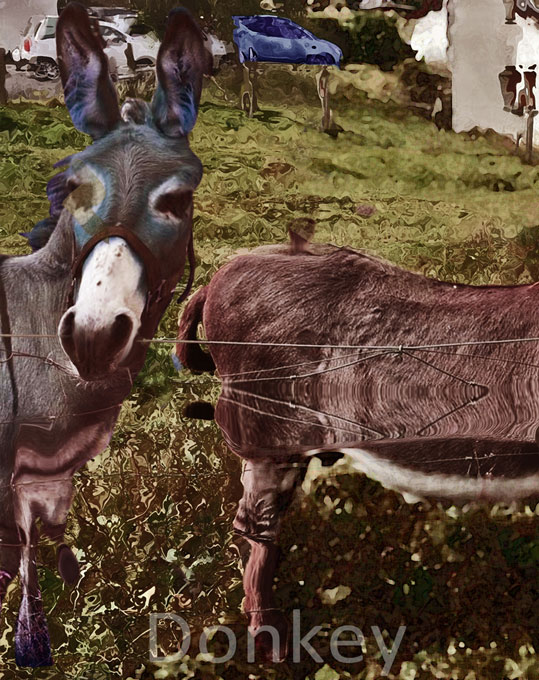 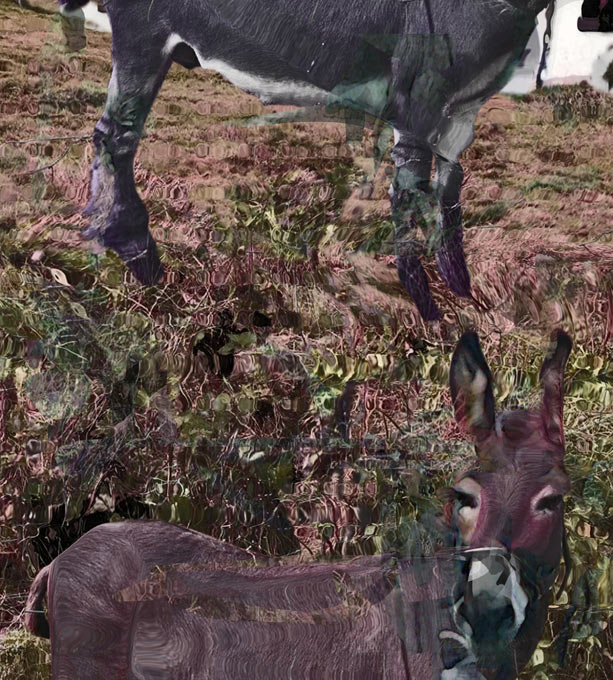 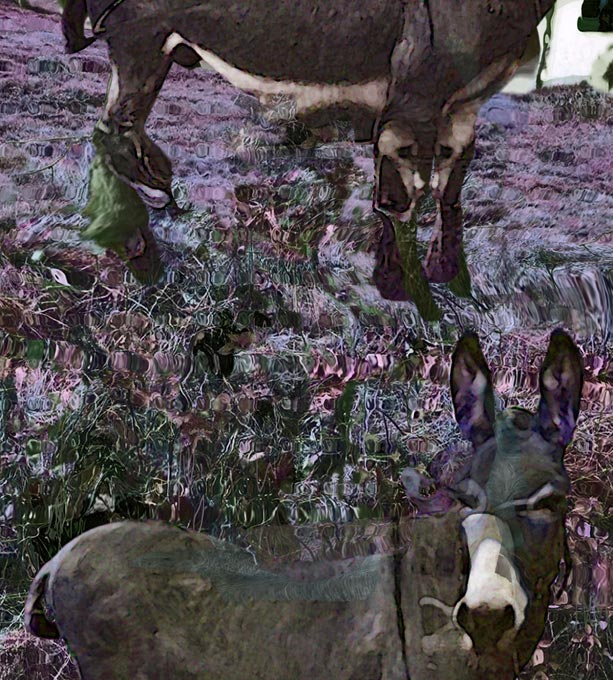 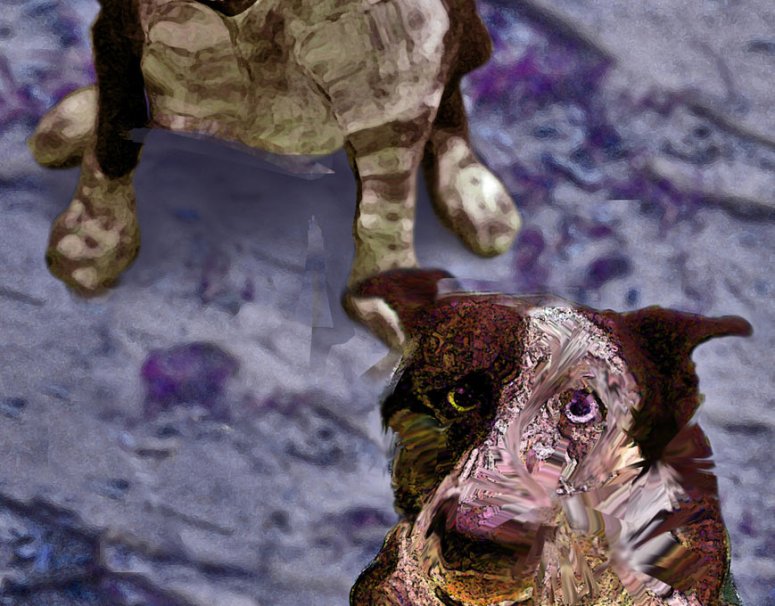 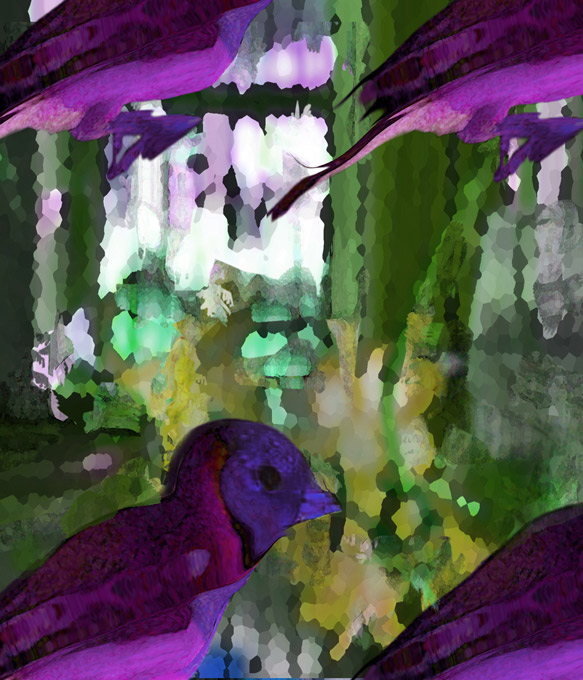 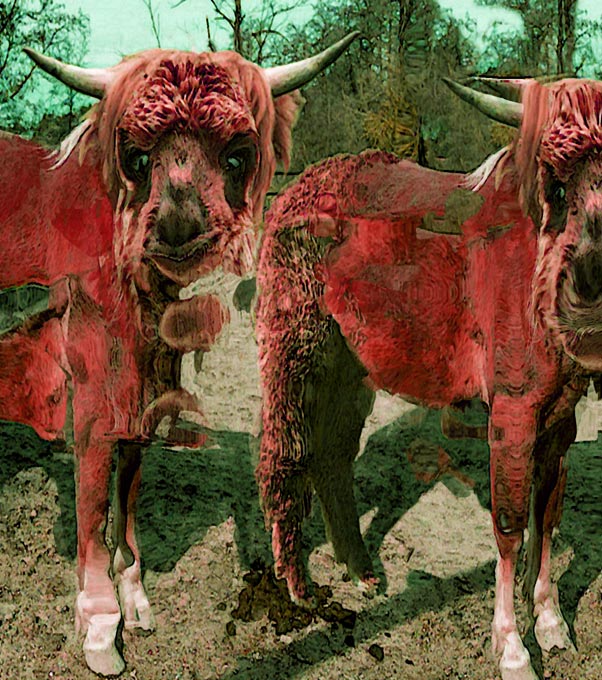 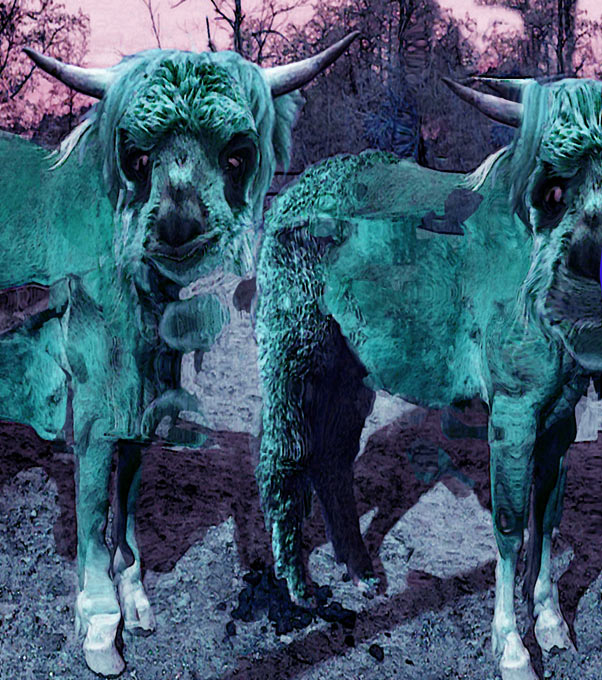 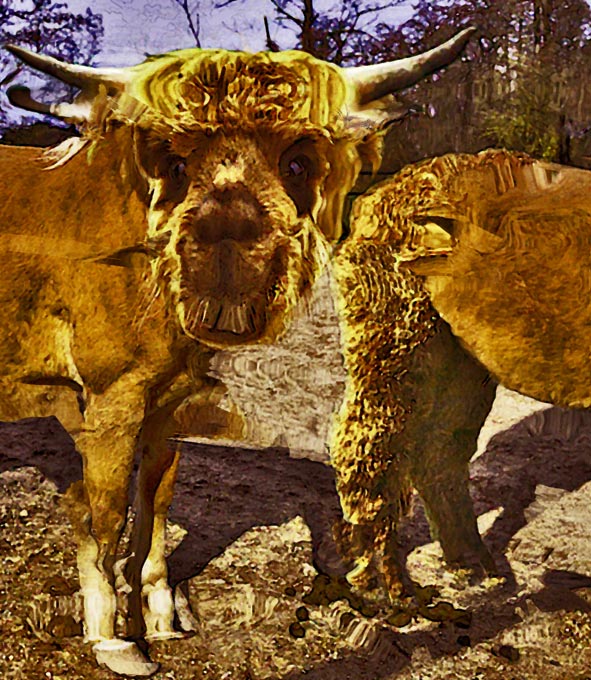 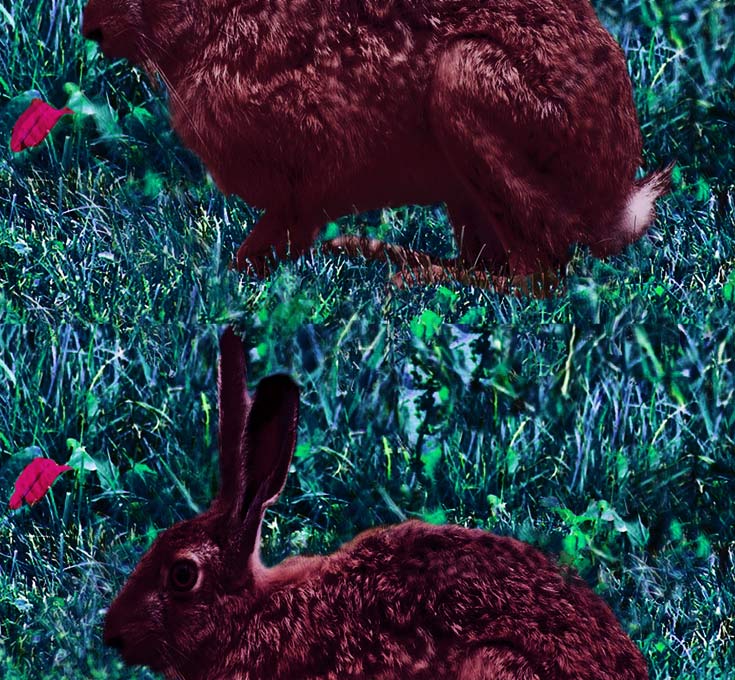 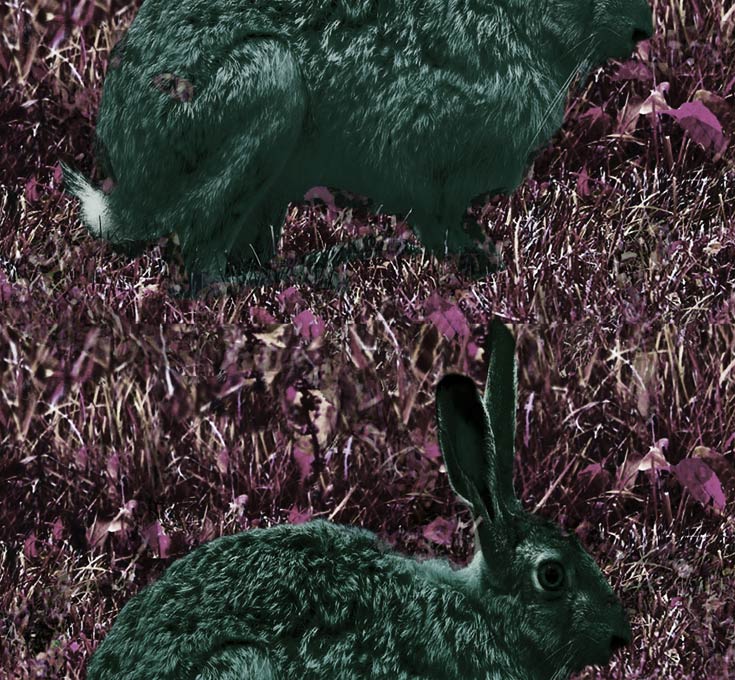 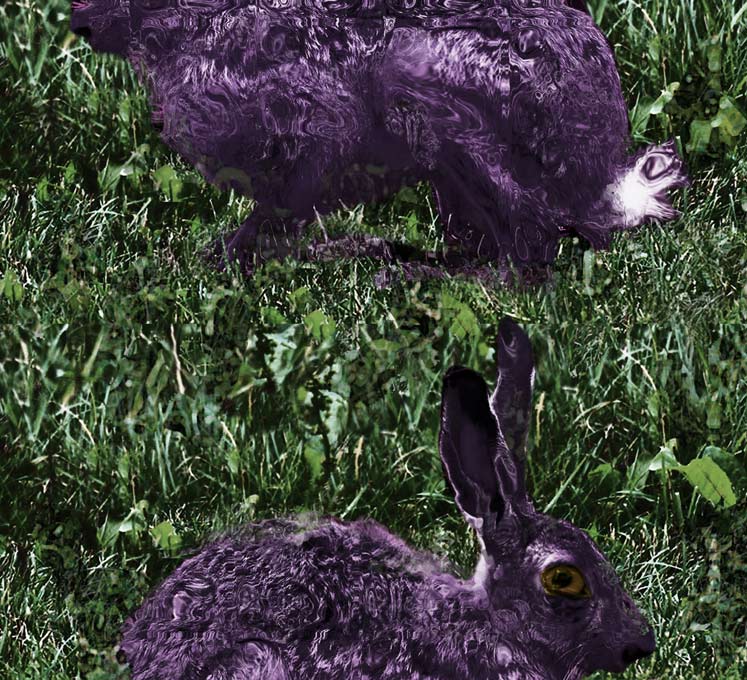 Creatures were aligned or occluded with one side of the frame as a way of combining the functions of picture and creature. Combined sides thus made for a whole creature; parts of creatures were sides to a pattern of a picture. This simple structure served twin concerns effectively. What brought greater complexity and reward to the arrangement was the range of renderings available within the overall structure or pattern. It was important that structure did not depend upon any one level of realism or stylisation; that the creatures were not solely recognised by standard features or perspectives; that parts of creatures and sides of pictures were not confined to a consistent or familiar rendering. The pattern was to be of many, if any, pictures. Creatures, even at their vaguest or most unexpected, serve to reinforce the pattern to a picture, to reassure of domestic pedigree, if only as efficient propagation.

I was aware of other avenues to my research. I had commenced by considering emblematic or heraldic images of lions, eagles, bears and so on, icons of courage and aggression. I then wondered about their opposites, about farmyard and household animals as symbols of service and sentimentality. These were qualities that arose in children’s stories and advertising and often led to amusing personification or anthropomorphism. This was something I encountered even researching web photography of family pets, and while rich and tempting territory, it was finally more than I needed. At most, I could only nod to these. Similarly, there was the matter of fictive or mythic creatures such as dragons and unicorns, which also arise in related graphics, but again, a development that for the most part I must defer to another occasion. On the other hand, the further reaches of graphics seemed less rewarding than the sprawling photographic documents of the web for my purposes, so that my abstraction derives from realist practices, takes no short cuts.

All said, the simplicity of the pictures was particularly satisfying, something I rarely achieve. The series took some time, due to a recess in order to concentrate on video editing from July to September (much longer than I anticipated!). But the delay allowed the theme to crystallise a little more, and in the end was beneficial. Finally, this is probably my strictest series, in terms of formal variation and may seem unduly long at sixty-seven works. But once undertaking such a project, nothing but an exhaustive exploration of the options seemed adequate.