55 DIGITAL SKETCHES ON THE THEME OF URBAN GREENERY

For some time I’ve wanted to revisit the wilderness landscape as part of an Australian tradition. But that depends upon finding a suitable location and continues to elude me. I have grown more sceptical I suppose. In the meantime, I decided to work through more marginal or compromised instances in suburban parks and gardens in various states of cultivation. Admittedly, this is a fairly bland option and the challenge was to see if I could wring some new insight on nature and pictures from a comfortable association with the domestic and recreational. It was to be a modest but stern test for my approach.

As with preceding series, an exchange between what counts as an object under a given style, and what counts as pictorial style for a given object is paramount. At its simplest: when is form content or vice versa? Previously I have pursued this as a play between presentation and representation, between standards for pictures and objects and conflicting versions for both. Here, nature and cultivation are pursued under much the same structure; are really the structure at its most naked or natural yet negligible and neglected. The title GARDEN PATH hopefully leads to some playful deception or distraction before suggesting a modest route (and root) to deeper issues.

Not all pictures contain paths, but where they appear, as in tradition serve as a metaphor for reassuring navigation.

All works digital files, dimensions nominal. More notes at the bottom of the page. 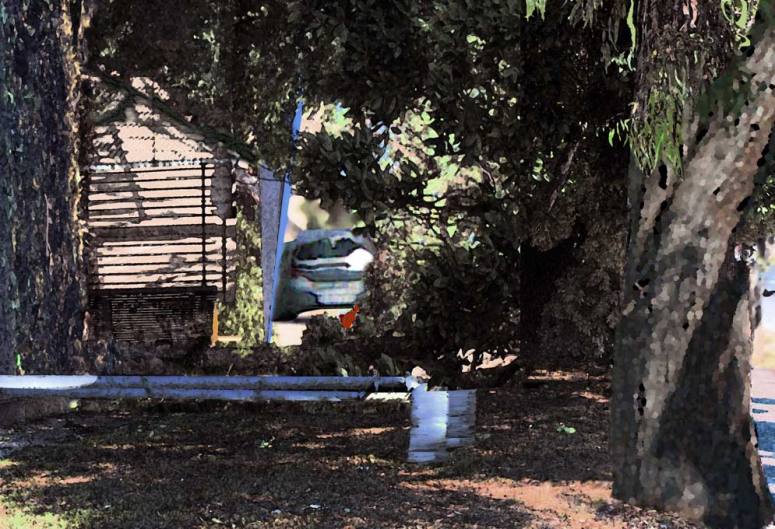 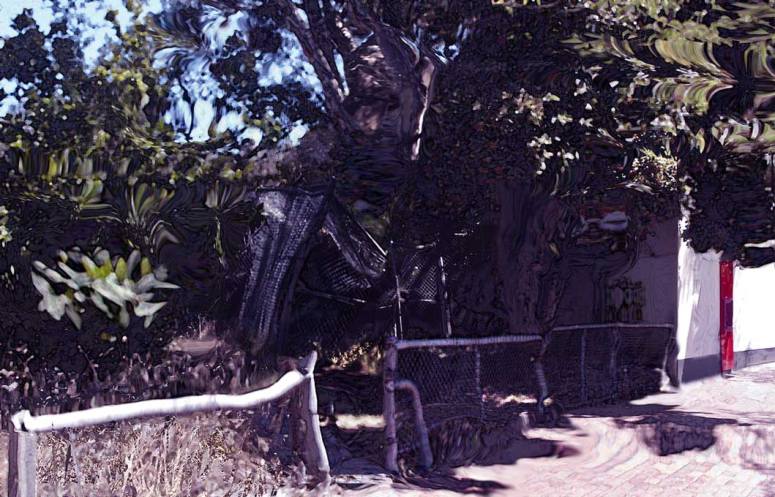 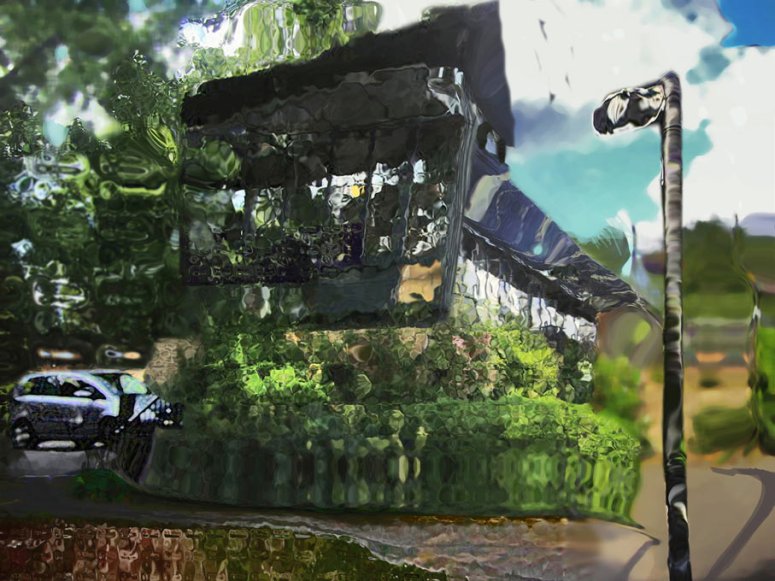 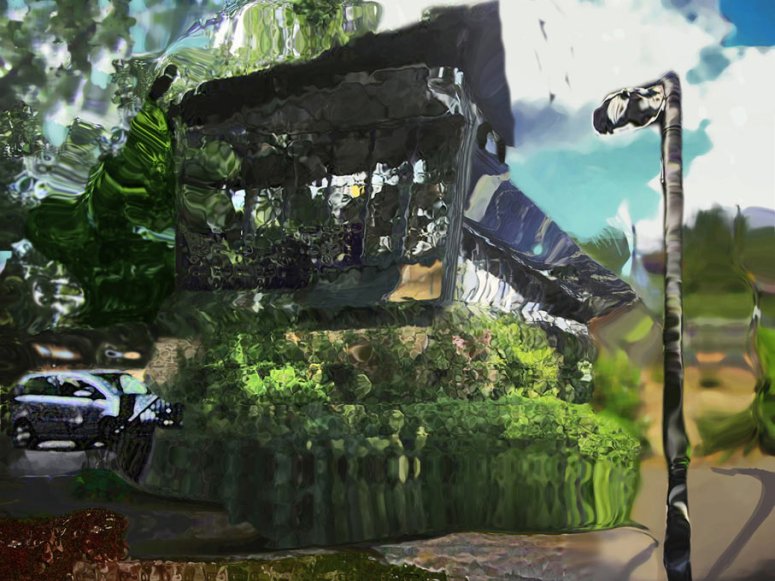 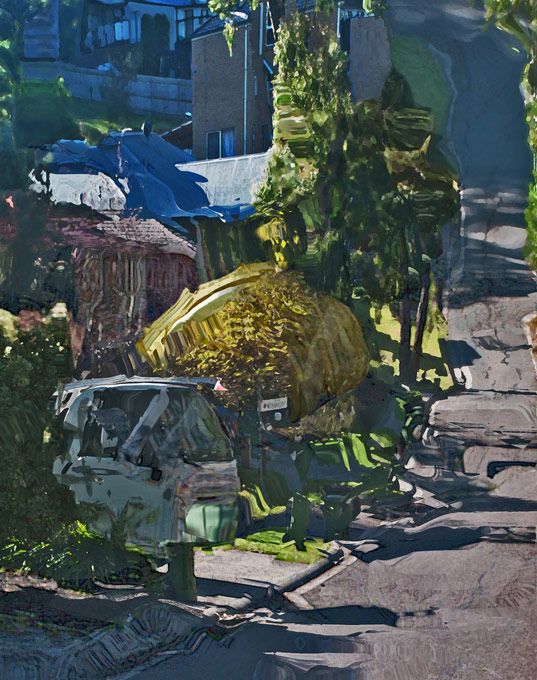 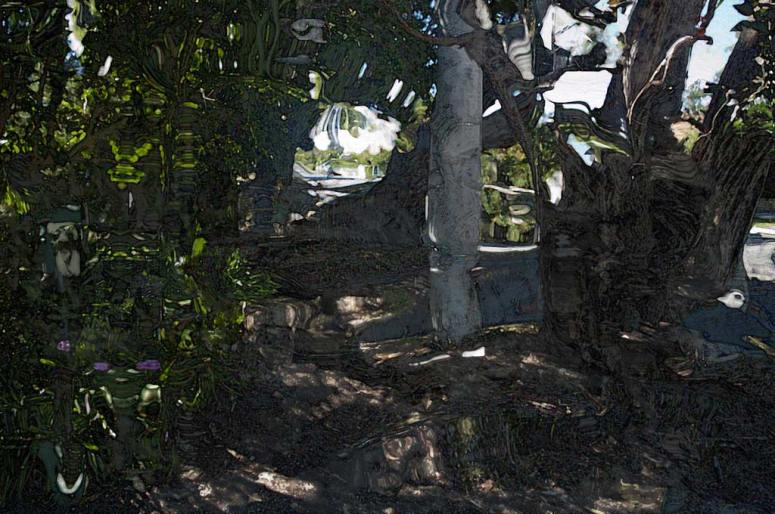 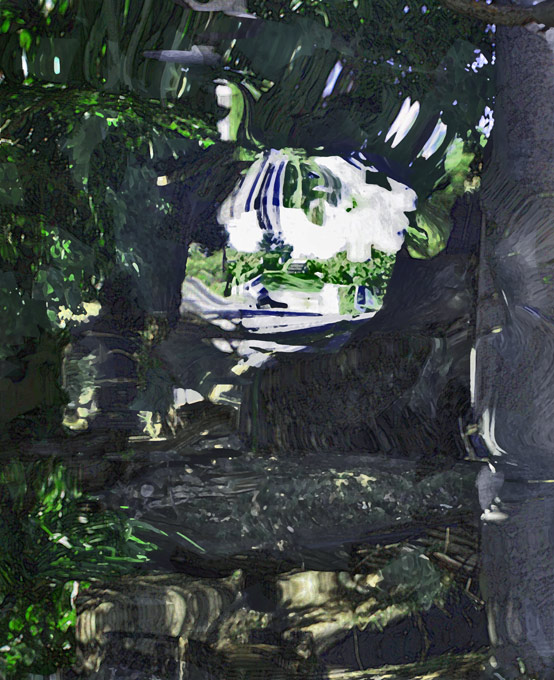 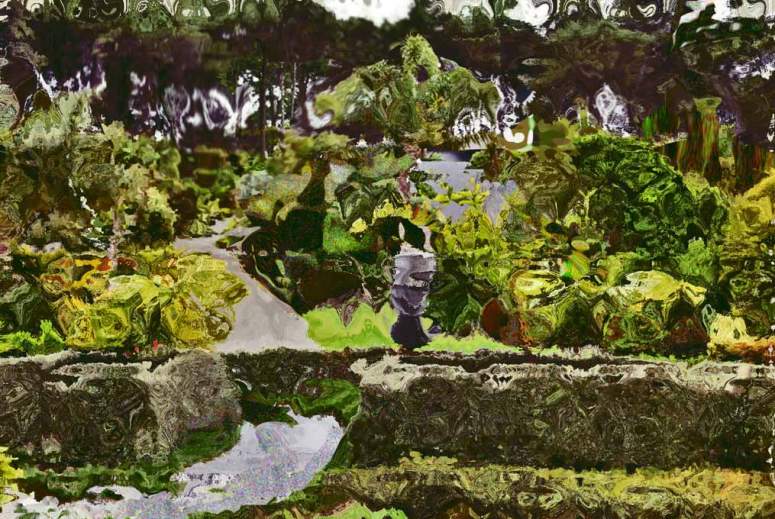 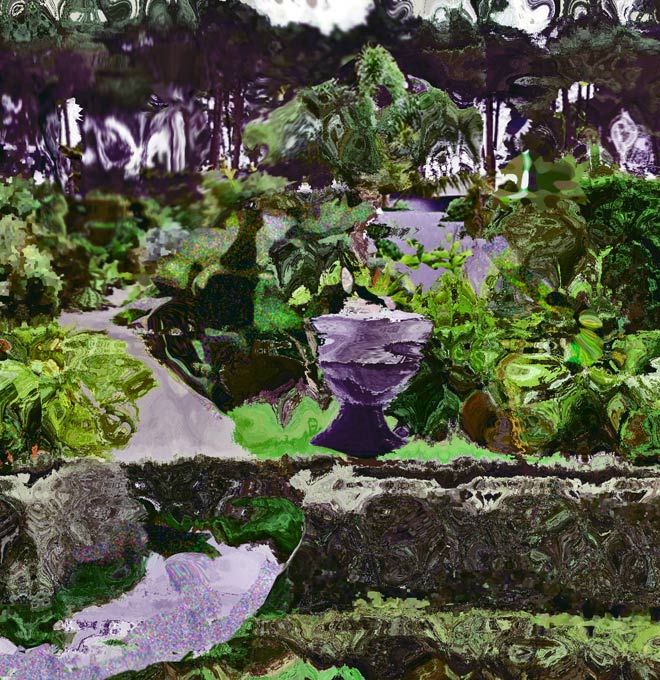 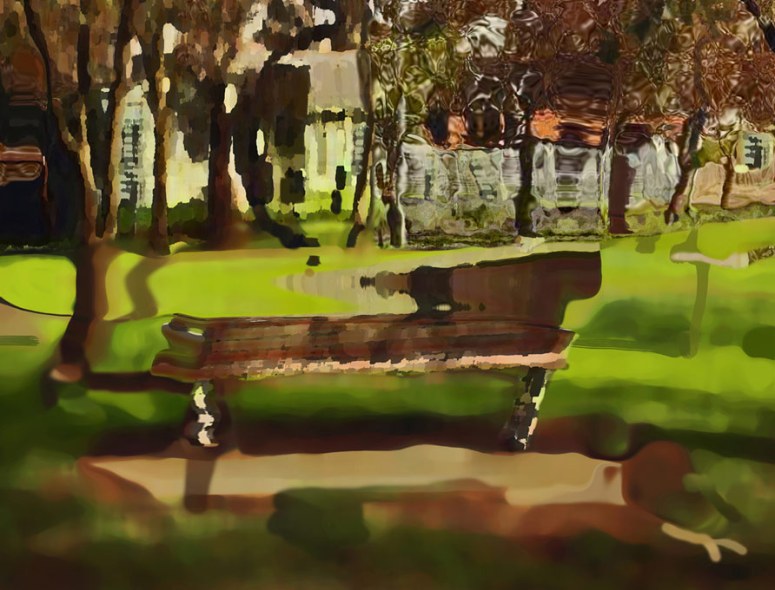 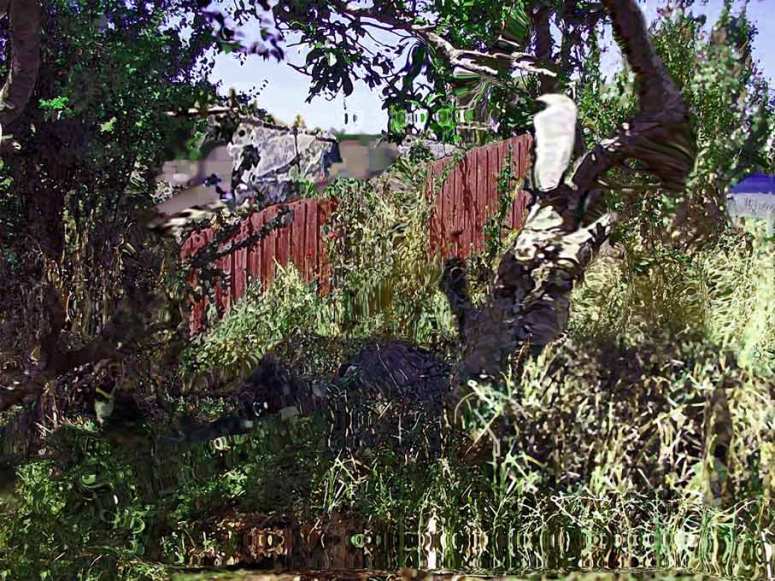 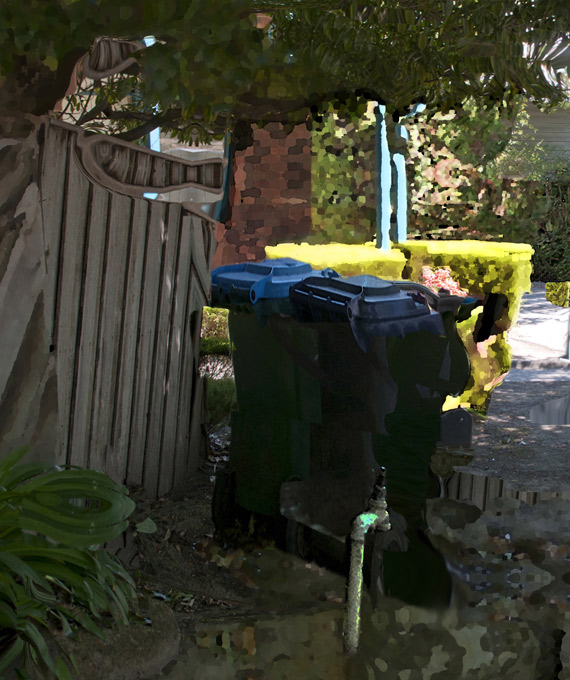 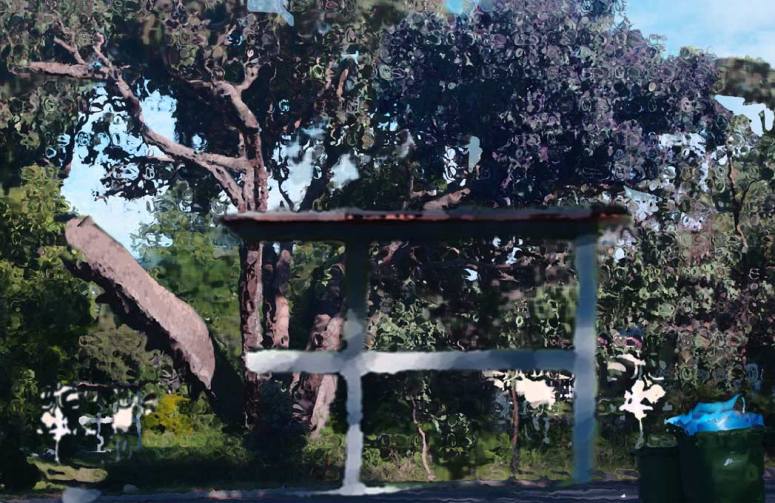 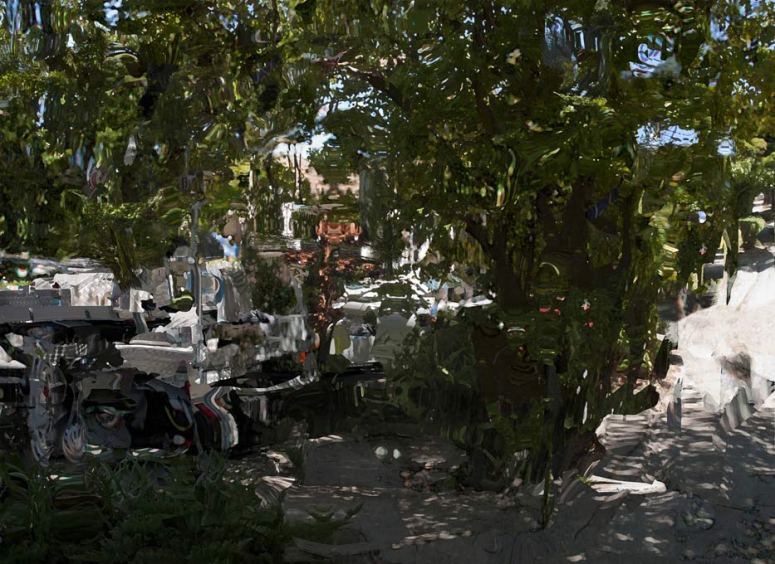 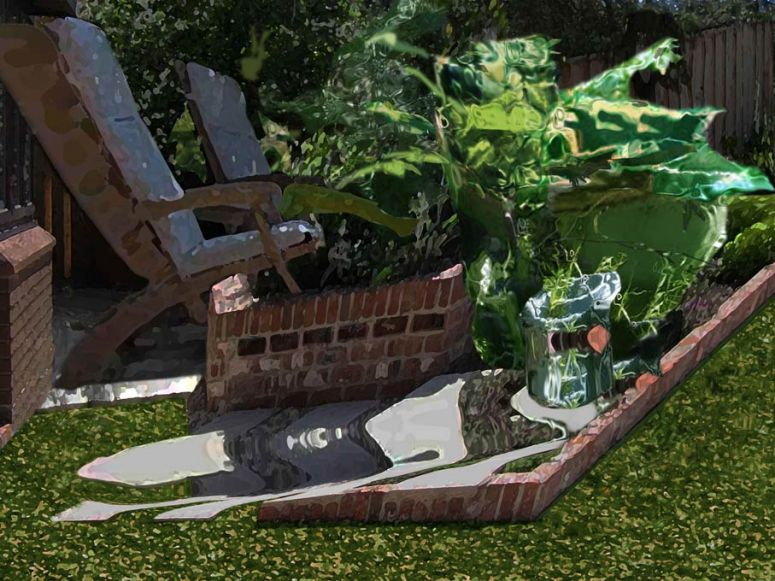 The theme links with preceding series in a number of ways, with the habitats of ENDANGERED SPECIES, the civic design of CITICITY, the marginal routes of SWAGGIE and the suburban settings of TRUCULENCE, amongst others. This overlapping of themes was very attractive but strangely difficult to maintain. I had imagined I would simply be applying a familiar approach to a convenient theme but soon discovered the change in theme prompted a change in technique. I ought to have known by this stage but my approach continues to develop as well. GARDEN PATH could not look like, say, CITYICITY, simply with more green spaces, nor ENDANGERED SPECIES, without animals, because all that extra foliage and space brought with it its own formal issues and by now a growing confidence with Photoshop. I had to rethink how I would use my source images and what my source images ought to be. Most of these were eventually my own photography, partly to avoid the usual framings of parks and gardens, partly with an eye to local detail.

The reason there are fewer variations upon a set composition (and hence sub-pages) is because I was intent upon wrestling with composition anew each time. It felt like going back to basics. Distance is really the key element and finding a path between a foreground and background involves identifying objects, scale and circumstance, even if partially or provisionally. This led to a more scattered and abstract treatment than I had anticipated. I relaxed some of my content to accommodate form, became more painterly with my Photoshop. This is also reflected in the range of garden spaces, their state of repair. I would have liked more of the pictures to be simpler and bolder, but that awaits another series.