64 DIGITAL SKETCHES ON THE THEME OF HEAVY-DUTY RECREATIONAL VEHICLES

Initially, inspiration stemmed from my interest in caricature, but after MASQUERADE (A & B) I needed a break from figures. I wondered how comically exaggerated objects might sit in my usual trade-off between style and theme. The result is a bit like the still lives of SAYING FLOWERS, the warplanes of CAMOUFLAGE. Without figures, I tend to experiment with technique more (needless to say, these are all Photoshop files, no dimensions apply). But where to look for some suitable substitute? I had previously used pick-up trucks or ‘utes’ in the CRUSADE CULTURE series (2010), as a symptom of growing aggression in society. They even crop up in CITYICITY (2) and beyond in 2012. But I had only really done pencil drawings then and there seemed scope for revisiting the subject with more digital options.

Notes continue at the bottom of the page. 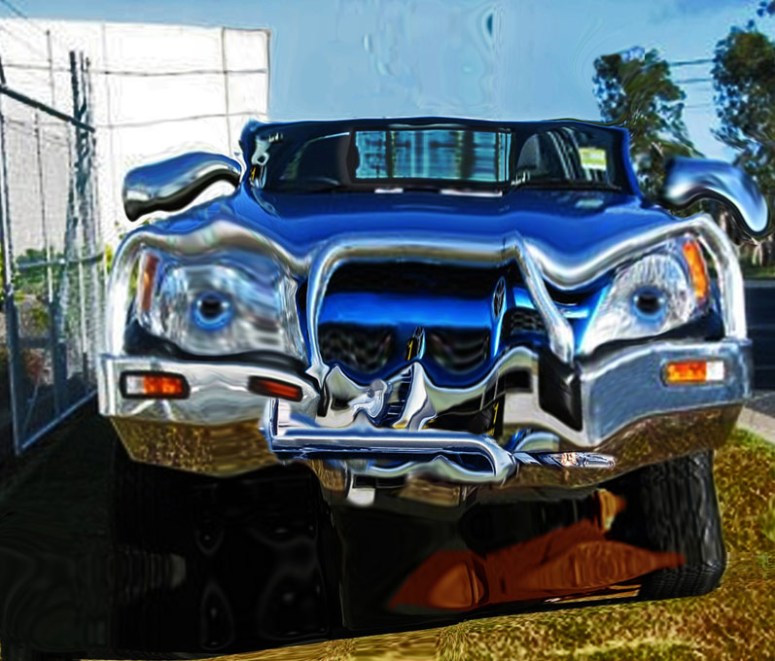 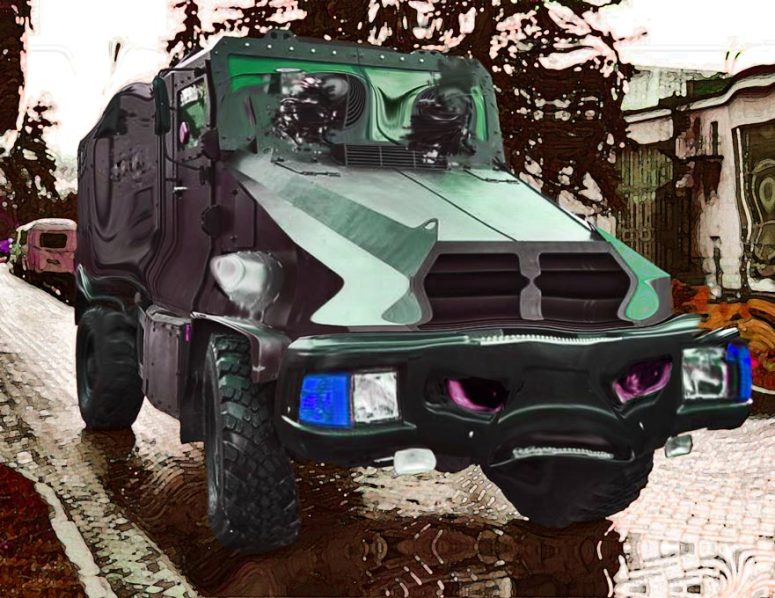 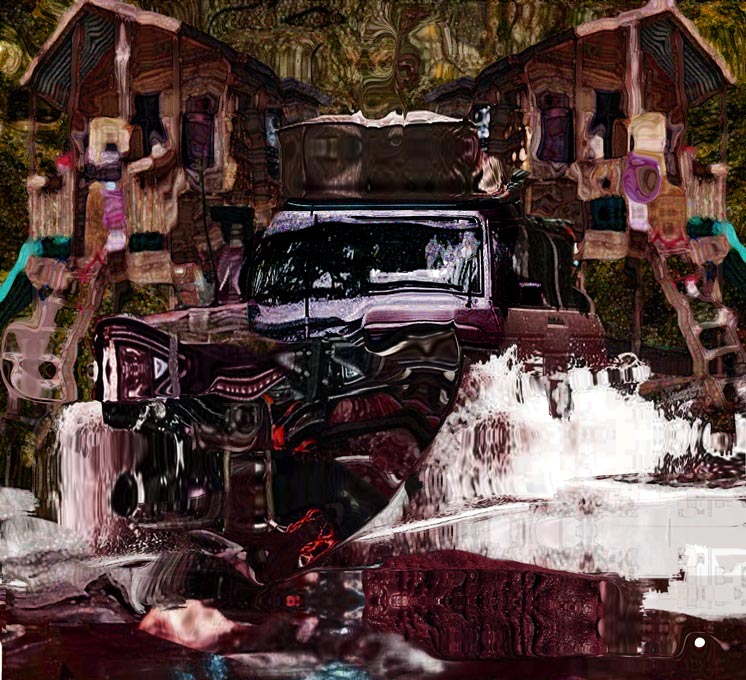 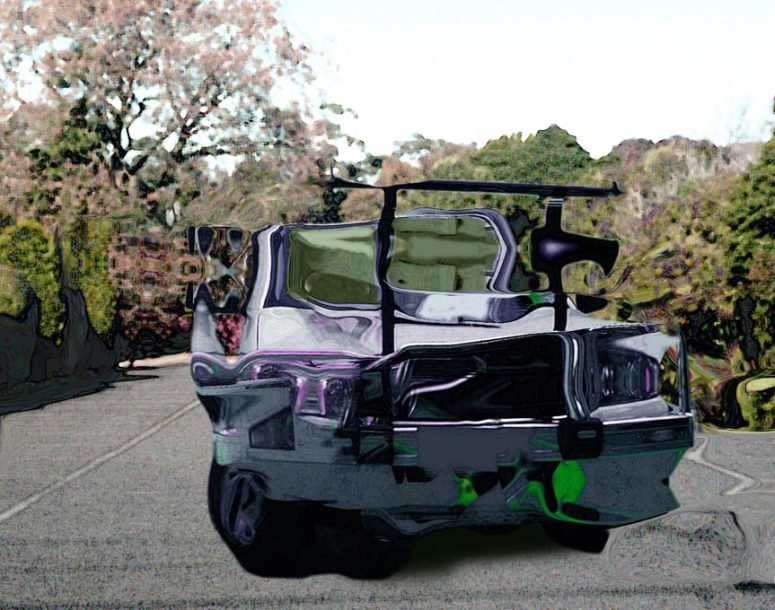 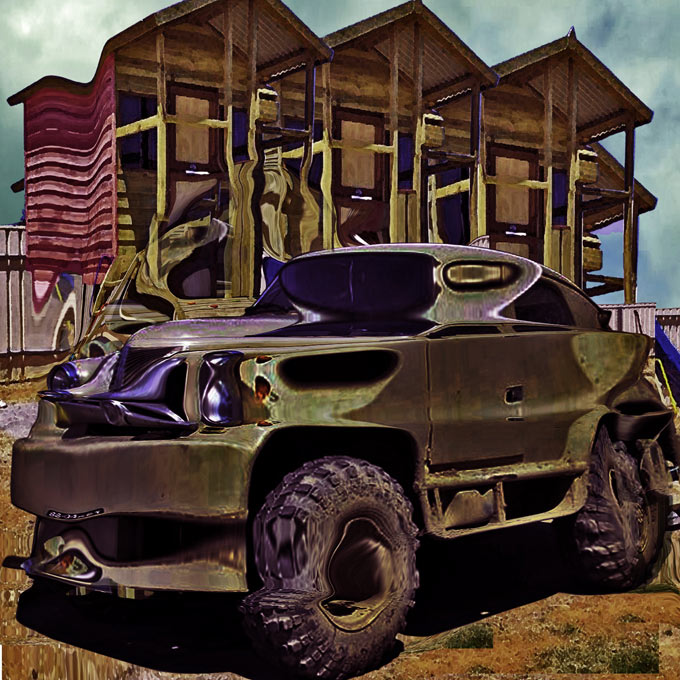 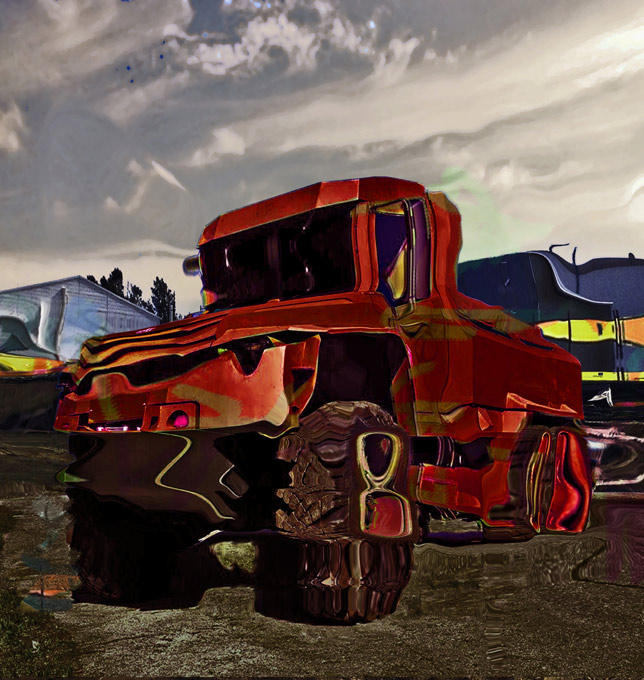 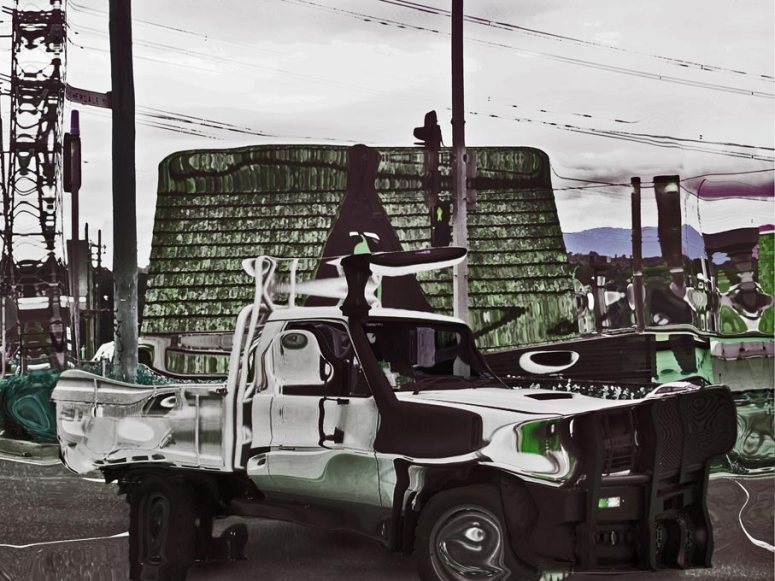 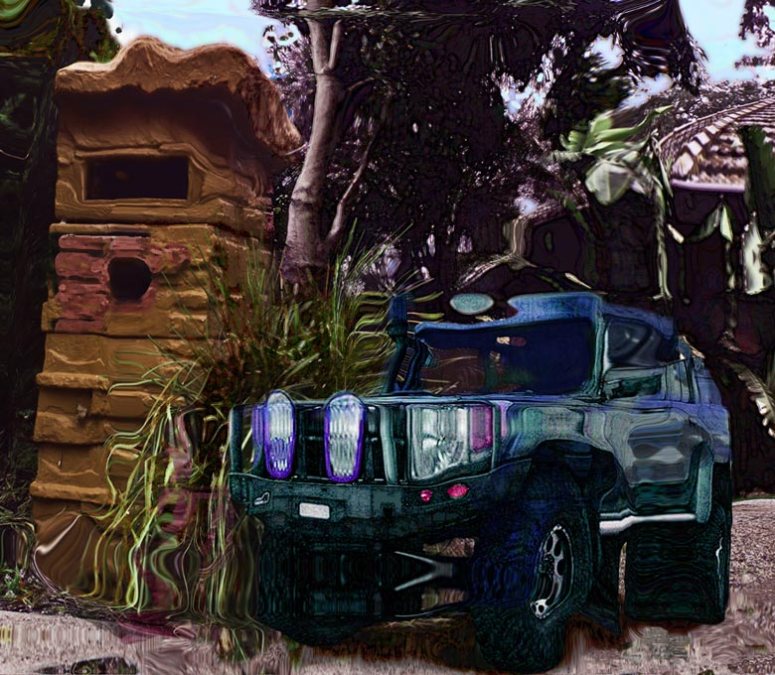 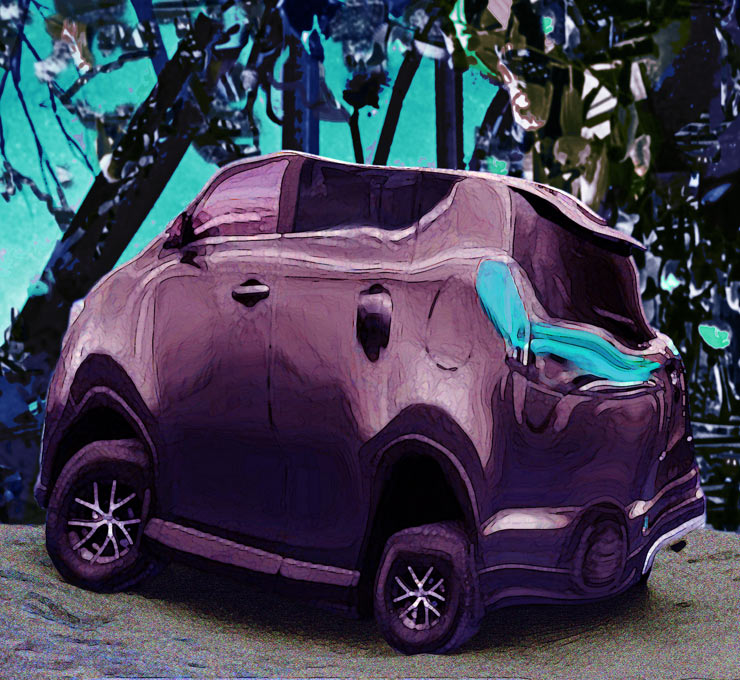 This time I wanted to play with the body styling and scale to vehicles more, but essentially I still see them as symbols of excess and intimidation – hence the pun to the title. And ’play’ is the operative word now. The pictures have a much lighter mood than CRUSADE CULTURE. Back then, the vehicles were part of a quasi warzone. With TRUCULENCE the emphasis is on the absurdity of the vehicles’ tasks and comfortable situation. The caricatured element is there, in the grimacing faces made from front grills, in disjunctions of scale and proportion but the fun has more to do with surroundings. The sleek hostility to design meets no practical application, comically fosters fantasies of self-reliance and inner strength played out in a wilderness terrain that is remote in every sense. This much of course is quickly evident from advertising for such vehicles but the pictures further the insight, are more concerned with how much the hyperbole is a matter of pictures and how much of the vehicles themselves. This is familiar territory for my work.

The series also holds affinities with CAR PEOPLE (1992-4) but the difference there is between picturing people with cars and people as cars. They deal in different segments of drivers. And they deal in a wider variety of vehicles. When I say ‘pick-ups or utes’ – the series actually extends to related extravagances. Formally or technically, the pictures have come a long way in twenty-five years and no small part of that has been the adoption of digital means. But the change has also been a broadening of themes and treatments and I could not have anticipated where those first bold intuitions might lead, what further routes of meaning they would eventually disclose. Although my career has suffered from regrettable hiatuses, I now see the years devoted to my doctoral studies actually provided me with a stronger more comprehensive perspective on these matters. So much of the current flow of work owes its ingenuity and sophistication to this.

Finally, the pictures take liberties, much like the vehicles. The vehicles joke about their bravado, much like the pictures. And if the pictures grow a little abstract at times, perhaps empty, so too the purpose of the heavy-duty recreational work vehicle. In other words TRUCULENCE provides a metaphor not just for the greedy and self-indulgent driver, the cynical and ruthless manufacturer, but for pictures fighting for meaning, with meaning. Pictures too, acquire truculence when faced with myriad rival content or treatments, an obscured or fractious world. The series revels in the resources available, the opportunities accorded, particularly for those otherwise denied other options.